The holistic approach to health and well-being focuses on the entire person, not just specific symptoms. It addresses your patient’s needs, including emotional, physical, spiritual, and social well-being. It not only uses things derived from natural sources but will also focus on issues such as the person’s gender, social status, gender identity, culture, and language – as well as a host of other important factors.

In short, the holistic approach looks at the person as a complex organism – and recognizes that the road to health must consider various internal and external factors. It is highly individualized , in direct contrast to the sometimes cookie-cutter methods of modern, Westernized medicine.

We live in an increasingly complex world – and one in which our bodies (and to an extent, our mind) are exposed to environmental factors that can harm our health. Our modern lifestyles expose us to a variety of stressors.

These increasing pollution levels in urban and rural areas create ecological contaminants, which are the result of the growing use of chemicals and other manufactured products, thus increasing the need for negative air pressure rooms.

An increasing reliance on fast and convenience foods, recognized as damaging to various bodily systems, nutraceuticals, and stress, leads to anxiety and emotional distress. Of course, this list is not exhaustive – an increasingly industrialized environment can cause many other health issues.

Many people and medical professionals quickly realize that many of the manufactured chemicals and medicines we use may have unintended consequences on our body. These consequences can often lead to as bad conditions, if not worse than their existing symptoms. The increased abuse of the synthetic painkiller fentanyl is recognized as particularly dangerous.

An aging population also poses challenges to medical practitioners. Once again, the default has been an increased use of drugs that result from chemicals developed in a lab. There are risks to this exercise.

In many instances, elderly patients are immunocompromised and suffer from various conditions that can worsen the prescription of manufactured drugs. The tragedy of unintended consequences is a trade-off between addressing chronic life-threatening lifestyle conditions and running the risk of worsening tertiary problems.

The increased concern among the medical community and consumers – and the increased media attention to the danger of these synthetics have led many to question whether there may not be a more natural way to address many physical and mental conditions. The result is that there has been an increasing number of people choosing the holistic approach to health care.

There are a considerable number of options. These can include alternative approaches such as acupuncture, homeopathy, hypnotherapy, meditation, and massage (and this list is by no means exhaustive). The type will vary and will largely depend on the patient’s individual needs.

It relies on in-depth interviews with the patient, covering the issues that may directly influence their state of health (gender, social status, etc.). A physical examination would also follow this interview. This has stood the test of time; however, no matter how rigorous, it has its challenges.

It can be strongly influenced by the preconceptions and skill sets of the individual practitioner. What has been lacking is a technologically advanced way of providing the practitioner with information that does not fall prey to bias. 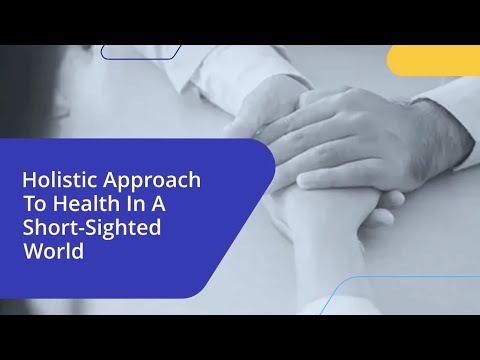 This innovative technology uses a Galvanic Skin Response (GSR) testing method and a combination of acupuncture, biofeedback, and homeopathy. The testing software provides the holistic health practitioner with timeous and accurate information on the patient’s health status. It does not replace the need for an in-depth interview but rather compliments that part.

Your patient will experience no pain or discomfort during the BioScan process – it is entirely non-invasive. It is typically used on either the hands or feet of the patient. The gathered data is then displayed as several easy-to-understand graphs and reports generated by the specialized software.

The fact that the data is easy to understand has important benefits. It enables them to explain results in easy-to-understand language and gives patients the comfort of knowing that it relies on objective data, rather than just their opinion.

In turn, they provide patients with a sense of comfort when health care recommendations are made. The psychological impact of that reassurance is challenging to measure, but even in Westernized medicine, this effect has improved efficacy.

Many patients will have questions in mind regarding the safety of the BioScan. As mentioned previously, the use of the BioScan technology is entirely non-invasive. It relies on Galvanic Skin Response (GSR) for its effectiveness. GSR is also known as electrodermal activity. In the simplest of terms, it measures eccrine sweat gland activity or the electrical conductivity of the skin.

Another question that patients commonly ask is whether BioScan testing is covered by medical insurance. By and large, assessments and testing are usually provided on a cash basis in the United States. However, if the client has a Flexible Spending Account (FSA), they may be able to apply for coverage with their insurance provider. Other countries may have different rules.

It is common for patients to require regular assessment to gauge the effectiveness of any holistic regime. To ensure that protocols are effective, the practitioner needs access to detailed records of that progress. BioScan allows records to be both easily accessible and understood. It stores client files with detailed information on visits and testing.

The Holistic Approach to Mental health

The holistic approach to health is attracting the attention of medical professionals and researchers. Although the physical benefit of holistic medicine is still subject to a body of ongoing research, anecdotal evidence suggests that it influences how those who are suffering from chronic pain problems and a variety of conditions can manage their pain levels.

The research into holistic care and mental benefits is more advanced. The results of this research have indicated that there are definite advantages to holistic medicine in pain management, lifestyle, exercise, and maintaining mental health.

At the same time, there has been an increasing concern (as mentioned previously) about the effects of medication produced in laboratories.

Technology like the BioScan system is making a difference in just how practical the holistic approach to health can be. When this is combined with an increased distaste for the traditional Westernized ways to the prescription of habit-forming and potentially dangerous drugs, it becomes obvious why holistic health is experiencing a renaissance.

Given that many people have also developed a healthy distrust of drug companies, which many see as profiting from the suffering of millions, there can be no doubt that holistic care offers a sustainable path toward good health.

In addition, the costs of traditional medical care in the United States are making it increasingly difficult for many people to visit a doctor who practices Western medicine and is more than likely going to prescribe expensive medication.

Looking at the entire person may seem like it should be the norm rather than the exception. Medical professionals should consider the old saying ‘that no man is an island’ – but it is often ignored due (in part) to the pressures on medical practices to see ever-increasing patient numbers during the day. It is simply impossible for these medical practitioners to devote the time to find out more about the various factors that influence a person’s health or lack thereof.