IHT is the world's largest manufacturer of Meridian Stress Assessment instrumentation. These devices are used by integrative health care practitioners around the world to assess functional health. The company's system is a state-of-the-art hardware platform coupled with sophisticated application software.

The success of IHT can be measured by its users' commitment and loyalty to its product, its innovations and product offering, the strength of its strategic partnerships, and the dedication of its people to this cause of human health. The company's products have helped thousands of practitioners and their patients worldwide. As IHT continues to develop new products, enhance existing products and provide new services for its customers, it will continue its leadership position within the industry. IHT's management team includes professionals from various industries, bringing skills and strategies from those markets to ours. Their expertise combines to bring direction and focus to the company's strategy for success. 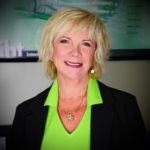 Over 25 years of executive management experience with IBM. Mr. Soechtig has been an entrepreneur in a number of successful business and real estate ventures over the past few years and joined with his wife to found IHT and is the Chief Operating Officer.  Holds a B.S in Engineering Arts from Michigan State University 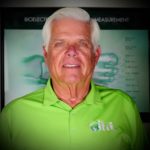 Marcia O’Brien is a mosaic of professional experience and education that harmonizes in her role at IHT. Marcia possesses the heart of an educator, as reflected in her Master’s of Education.  This was utilized in the classroom setting for over a decade until she found another passion—physical fitness.  Marcia has owned her own fitness studio for nearly a decade but felt limited in the ability to help people with sustained change because wellness and health was deeper than exercise.

After discovering IHT Technologies as part of her own wellness adventure, she was convinced of the efficacy and wasted no time incorporating it into her business.  While Marcia continues her passionate pursuit of educating and supporting her clients in their best lives, she joins our team as an IHT Certified Trainer to educate new practitioners and as our Director of Sales in the US and Mexico, sharing her knowledge and experience in IHT Technologies and in business as a way to support and grow other business. 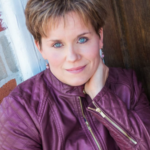 Kelly Bonhomme is thrilled to be joining the IHT Team! She has always been interested in people’s well-being, starting her education by completing a Bachelor of Physical Health and Education. From there Kelly continued her studies in the Sports Injury Management field, and went on to become a Certified Athletic Therapist. Kelly felt that massage would be a nice complimentary skill to add to her repertoire and she returned to school to become a Registered Massage Therapist.

An injury and surgery caused Kelly to take a close look at her career, feeling that she needed something less physical although still having a significant impact on her client’s health and well-being.

She went through the certification process to become an NLP Master Coach, adding Time Line Therapy and Hypnosis to her skills. At the same time she was having such great success as a BioScan client that she invested in a system and became a practitioner.

Over the last year and a half, Kelly has enjoyed learning everything she can about the BioScan, becoming certified in all 3 SRT Levels, and now working her way through the MSA levels. She is teaching new practitioners how to use the system and has now taken on the position of head of BioScan sales in Canada. 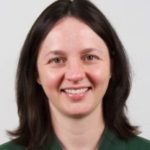 Director of Operations and Regulatory Affairs

Mr. Forsyth has more than 20 years of operational and management experience in testing, quality assurance, database design, and product testing. Mr. Forsyth has been with IHT since inception as the Director of Operations and Regulatory Affairs. During this time he has implemented many new and improved procedures and processes pertaining to the production, regulatory and operations of IHT. Prior to joining IHT Mr. Forsyth held Director and Management positions for several Utah based companies including; Excellence to Market, Flying Sensors, and First Choice Solutions. Mr. Forsyth has earned several certifications throughout his career including; A+ Certification, Network +, ICAR Platinum Individual, MECP Specialist and Installer. 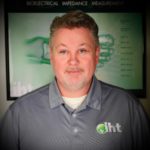 Mr. Laughlin has been with IHT since inception and has comprehensive institutional knowledge regarding both the hardware and software of the IHT’s product line. Prior to joining IHT, Mr. Laughlin was employed for nine years at Convergys. as a Technical Analyst and Quality Evaluator. Convergys is a Call Center which performs inbound Technical Support functions in both their Seattle, WA and Orem, UT locations. Among other technical activities and responsibilities during his career with Convergys, Mr. Laughlin was instrumental in the attainment of the COPC certification of the Convergys Utah call center facility and created a web-based database storage and retrieval system. 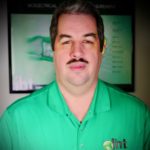 Mr. Krzyzaniak has been with IHT since inception and has more than 20 years experience in information systems as a PC specialist and programmer analyst with training, help desk and managerial experience. Mr. Krzyzaniak was the Software Development Manager for CDCOM Inc. of Federal Way WA. In this position, Mr. Krzyzaniak designed and developed high level applications related to the creation, extraction and indexing of files for the CDROM imaging software. He was also critically involved in the creation of various patent documents for the company. Mr. Krzyzaniak also worked for a number of years at the University of Natal in South Africa as a Computer Training Officer and at an electrical utility as a Systems Analyst Designer before he returned to the United States. Mr. Krzyzaniak holds a Bachelor of Science degree in Computing Science with a minor in Statistics from Texas A&M University. He also has a Management Diploma, from the University of South Africa. 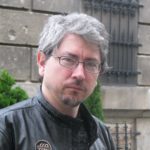