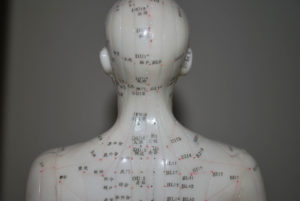 The accepting of this ancient therapeutic process has evolved. It has grown over the use of sharpened stones, bones and needles to electric acupuncture now referred to as electro acupuncture.

Electro acupuncture is a form of acupuncture where a small electric current is passed between pairs of acupuncture points. Some acupuncturists argue that this practice is particularly useful in addressing pain and can restore health and well being of those that have undergone it.

They stressed on the better part of the regular use of acupuncture. This procedure is based on measurements or therapy derived from the traditional Chinese medicine of acupuncture, using modern electronics. The word “electro acupuncture” was first coined by the French acupuncturist Dr. Roger de a Fuye in Paris. He combined an electrical stimulation for 1/8 to 2 seconds.

1953 saw Werner and Voll develop an instrument for applying electro acupuncture to the skin without the use of needles. The tool was able to locate acupuncture points, render them electrically measurable, enable electric treatment to be given and then to be remeasured electrically to assess the effects. While electro acupuncture isn’t entirely new, it’s more popular now than the old method.

While the traditional form of Acupuncture help restores balance in the body by activating your “qi” (pronounced “chee”) or life force. When qi is disrupted, it can lead to pain, illness or other conditions. Acupuncture helps to open blockages in the body.

Microcurrent is added during this procedure even though the process of application is same as the traditional method. Practitioners will also have the will to adjust the frequency of the electrical current and the number of electrons that flow through the wire to the body. According to Folckomer, the method enhances the function of that specific point and activates different types of regeneration in the body.

Electro acupuncture can be used to address a wide range of conditions from anxiety to skin issues. Researchers also found out recently that it can also benefit gut health, particularly for those suffering from chronic constipation. It may also relieve symptoms of joint pain, fatigue, and depression.

While electro acupuncture works on several symptoms, it can also bring about promising results in athletes with injuries that range from muscles to the bones. According to Peter Dubitsky, the therapy can help with optimal performance and recovery from training sessions thanks to how effectively it releases trigger points.

Some athletes experience hyper-irritated muscle tissues. This happens because of imbalances in nutrition, muscle overuse, strain or trauma. “With a trigger of point technique, you can get the muscle to twitch and then relax,” says Dubitsky.

Electro acupuncture has a way of bringing about relaxation in patients. Some patients have described the feeling as being relaxing, spacey or drained. It may also bring about soreness the very next day depending on the technique used.

Electro acupuncture has come a long way and has come to be accepted. It is also safe and doesn’t leave side effects at the end of the day. An ancient practice that was inculcated into modern medicine and then fine-tuned to meet the requirements of the day.  Both the BioScan MSA and BioScan SRT utilize the principles of electro acupuncture.  Please contact us to learn more on how BioScan can be integrated into your practice.

This website uses cookies to improve your experience while you navigate through the website. Out of these, the cookies that are categorized as necessary are stored on your browser as they are essential for the working of basic functionalities of the website. We also use third-party cookies that help us analyze and understand how you use this website. These cookies will be stored in your browser only with your consent. You also have the option to opt-out of these cookies. But opting out of some of these cookies may affect your browsing experience.
Necessary Always Enabled

Any cookies that may not be particularly necessary for the website to function and is used specifically to collect user personal data via analytics, ads, other embedded contents are termed as non-necessary cookies. It is mandatory to procure user consent prior to running these cookies on your website.