They will fight off whatever foreign substance in the body is causing the damage. Inflammation that is easy to see and notice is a result of that response from a person’s immune system. It is attempting to fight off the invaders and restore a full balance to the body.

Causes of an Inflammatory Response

Inflammation can be resulting from a wide variety of agents. Foreign agents to the body like bacteria, viruses, toxins, chemicals, and drugs can all cause this response. One of the most common causes of a body’s inflammation is exposure to something the person is allergic to. It may cause a reaction that can even result in rashes and blisters on top of swelling.

The inflammatory response can cause less obvious things such as mental and emotional stress. These can flood the body with hormones, which in great enough amounts are harmful and may cause a defensive response. The body understands physiological changes must be made to return you to a state of health. 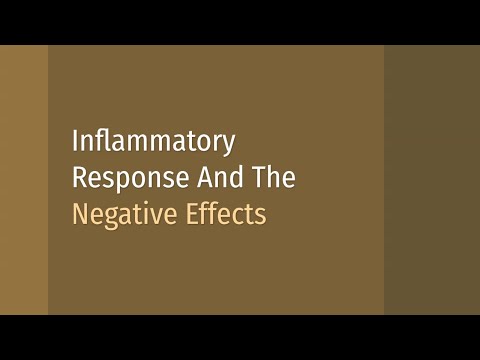 The inflammatory response can kick off a series of cascading effects in the body. These include a rise in the body’s natural temperature (which in extremes can show up like a fever), swollen tissues and cells, and often a lot of pain. Symptoms resulting from inflammation can cause issues in and of themselves. Releasing hormones to fight the pain, or causing nerve discomfort depending on the level of the swelling.

Looking At The Big Picture

Inflammation can be a direct result of a health issue for the body. It may be one of several side effects of a disease or infection that is the main problem. Inflammation is often only one part of the picture – looking at the full body is important when addressing this response. Tools such as the BioScan MSA and BioScan SRT can provide a full body picture . Please contact us to learn more on how BioScan can be integrated into your practice.