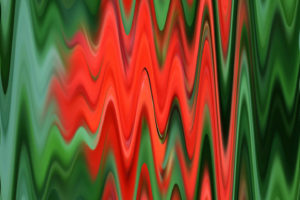 Bioresonance scanning is a non-invasive therapy which involves placing electrodes on the skin. The electrodes are connected to a machine which checks the energy and wavelengths coming from your body and then counteracts by restoring an optimum balance of health.

The root of this unique therapy goes down to the end of the 19th century. That was long before F. Morrell’s proclaimed his hypothesis of the method BRT. Russian scientist and academician N. E. Vvendensky carried out experiences on the electric rhythmic impact upon living systems of organisms in 1879.

Things changed a bit in the 20th century when Alexander Gavrilovich Gurwitsch defined that every multicellular organism has had an electromagnetic field created by single cells. This has resulted in appearances of living organism’s general field which is indispensable for physiological processes.

His research which was carried out with onion plants during their growth and development showed something. The growth of onion shoots could pass through quartz glass but not silicon glass. This discovery came to be proved about fifty years later. It was determined that Gurwitsch radiation was an emission from the DNA of onions. The light was biological in nature.

Dr. Beetz at the Max Planck Institute was able, using a photo amplifier, to project the process unto a TV screen. This led to the development of the first machine that utilized these findings. Their device was able to “read” the biological system light and either amplify or cancel its various frequencies. The organism, through the manipulation of these frequencies, emitted light that was brought into healthy balance.

In the year 1934, Dr. Royal Rife developed the idea of bioresonance scanning. Earlier, in the previous year, Dr. Royal Rife had developed or elaborated on a viral microscope with magnification that was unprecedented. This microscope helped to determine the frequency of electromagnetic radiation where molecules of a patient and his/her disease fluctuated; then the scientist influenced on this same molecule causing their death.

This microscope which Dr. Rife elaborated on had over 6000 parts and was able to magnify objects by 60,000 times. This invention made Dr. Rife the first person that saw a living virus. His microscope is different from modern ones which destroy almost everything being viewed living mummified remains. The individual spectrum of radiation of each microbe was laboriously identified by Dr. Rife using features of spectrum slice. He slowly rotated quartz prisms of the block to focus light of single wavelength on the microorganism that was being studied by him.

He had chosen this wavelength because it resonated from the spectrum part of microbe’s radiation which based on the following discovered fact: each molecule has its own fluctuation frequency. The resultant effect of the administration of this resonance wavelength showed that microorganism that wasn’t seen in white light could suddenly be viewed in light’s reflection. When the frequency of light resonates with its own radiation spectrum, these microorganisms become seen.

Thus, Dr. Rife saw organisms which couldn’t be seen under normal circumstances. He was also able to s their actual invasion of tissues’ culture. This discovery wasn’t seen by others through usual microscopes. Dr. Rife was able to do all these things because he persevered and made sure his works spoke volume. The great depression brought about a total change because it brought about the discontinuation of commercial production of Dr. Rife’s equipment.

Years later, a research was conducted at Yale University that found out that all living organisms have an electric field and correspondingly, magnetic field which is more complicated. It was during this same period that Reinhold Voll made the discoveries based on Chinese knowledge that the human skin included specific points which had higher electric potential and more substantial number of nerve receptor than usual rates. Thus, electroacupuncture was birthed.

The history of bioresonance scanning is a battle of those that want to heal the world and those that make money from the continuous illness. It is aptly normal for work to be revisited, modernized and used to address issues currently affecting human existence. Both the BioScan MSA and BioScan SRT can help measure these responses and assist in your goal of healing the world.  Please contact us to learn more on how BioScan can be integrated into your practice.